Nowadays, Laos is one of the attractive destinations of South East Asia because of its rich culture, history, unique charm with natural beauty and the hospitality of the local people. Coming to Laos, you can feel the low pace and serenity that help you more peaceful from the hustle and bustle life of outside world.

However, in fact, Laos is still overlooked than its neighboring countries as the landlocked location. Its current infrastructure has not been much developed and not for massive tourism yet. That’s why there are limited numbers of flights to Laos. At this stage, Lao Airlines presents the national carrier of Laos which gives the most trusted quality and quantity of flights, both locally and internationally.

We will find more about the main role of Lao Airlines as one of the most important bridges to connect the tourism of Laos and the world through this post. Let’s keep reading…

Originally, Lao Airlines (QV) was known as the Civil Aviation Company from the merger of Royal Air Lao and Lao Air Lines in 1976. The company became Lao Aviation in 1979 and had operated under the identity as the national carrier of the newly established Lao PDR from then.

Lao Airlines started its life with a mixed fleet of Western aircraft, including the Douglas DC-3 and DC-4 for international and domestic routes and a fleet of helicopters which enabled access to the more remote regions.

In the 1980s, a re-equipment exercise was undertaken with the primary fleet that composed of aircraft from China and the Soviet Union to reflect the country’s closer links with its Eastern neighbors. Antonov An-24 was also included for international services to Bangkok, Hanoi and Phnom Penh. 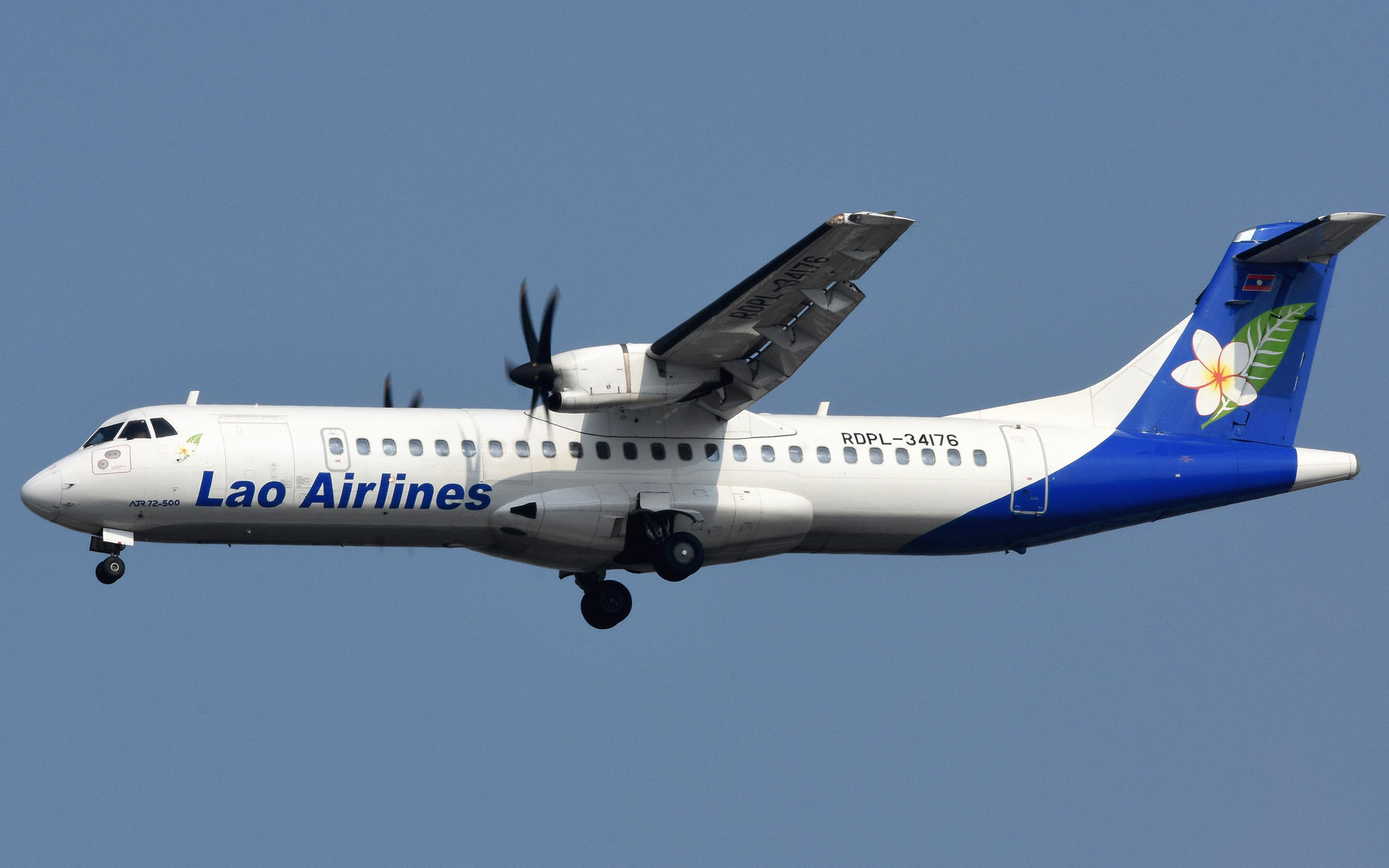 Lao Airlines possesses four ATR72-500 aircrafts with the capacity of 70 seats per each.

In 1994, the decision to upgrade to newer generation of European turboprop aircraft produced by ATR in France was taken. A first 70-seat ATR72 aircraft replaced for the first 50-seat ATR42 on 1995, following the second one on 1999. These both ATR have formed the backbone of the carrier’s fleet for international and major domestic services up to today. The Y-7 and Y-12 also complemented these highly reliable aircraft on routes to remote areas within the country, seating 50 and 17 passengers respectively.

Then, the arrival of the A320 puts Lao Airlines into a new phase of its development, offering passengers a faster, more comfortable link to the world. The aircraft will primarily fly on international services to Kunming, Guangzhou, Seoul, Busan, Singapore Bangkok and Hanoi. 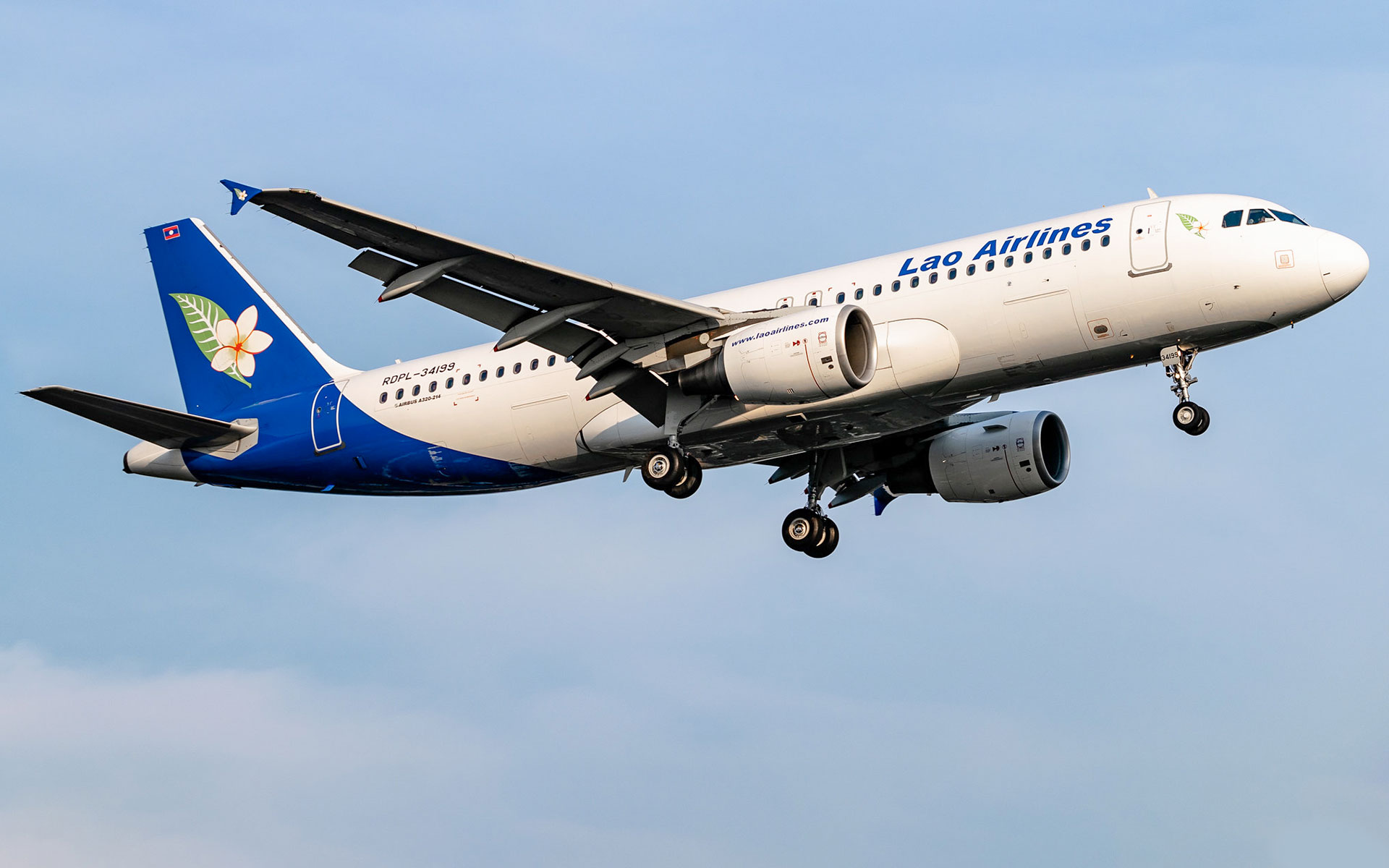 The A320 puts Lao Airlines into a new phase of its development, giving more comfortable with both business and economy class.

Today the network of Lao Airlines, which is subordinate to the Ministry of Public Works and Transport, extends to 12 international destinations and 6 locations within the Lao PDR. In the future, new routes are planned, including within ASEAN as well as to Hong Kong, Taiwan and Japan.

Currently, Lao Airlines has codeshare flights with Thai Airways (TG) and Vietnam Airlines (VN), which means a seat can be purchased on Lao Airlines but is actually operated by a cooperating airline under a different flight number or code.

Lao Airlines have the Plumeria livery, which is an official national flower of the LPR, on the vertical stabilizer and the words “Lao Airlines” are colored in blue.

Carry-On Baggage: Each economy-class passenger can carry on board one piece with a maximum weight of 7kg and the sum of three dimensions shall not exceed 115 cm (30 cm x 60 cm x 18 cm) or (12 x 24 x 7 inches). In case your baggage exceeds the quantity, weight and dimensions as specified above, Lao Airlines may refuse a carry-on baggage and may require to check-in the baggage instead.

Additional Carry-On Items: Besides the standard cabin baggage allowance, the following personal objects may be carried on board without additional charges such as:

Visit https://www.laoairlines.com for more details of policies of Lao Airlines.

Lao Airlines is headquartered in capital Vientiane, serving both domestic and international services to countries such as Cambodia, China, South Korea, Thailand, and Vietnam.

Wattay International Airport in Vientiane is the main operating base of Lao Airlines and is the largest airport in Laos. This airport is just 3 km away from the center of Vientiane, consisting a runway of 3,000-meter in length and 45-meter in width at a 172m high over sea water level. The terminal of Wattay provides various services for the client’s comfort, including shopping, restaurants, currency exchange, tourist information, ATMs and public transportation options. 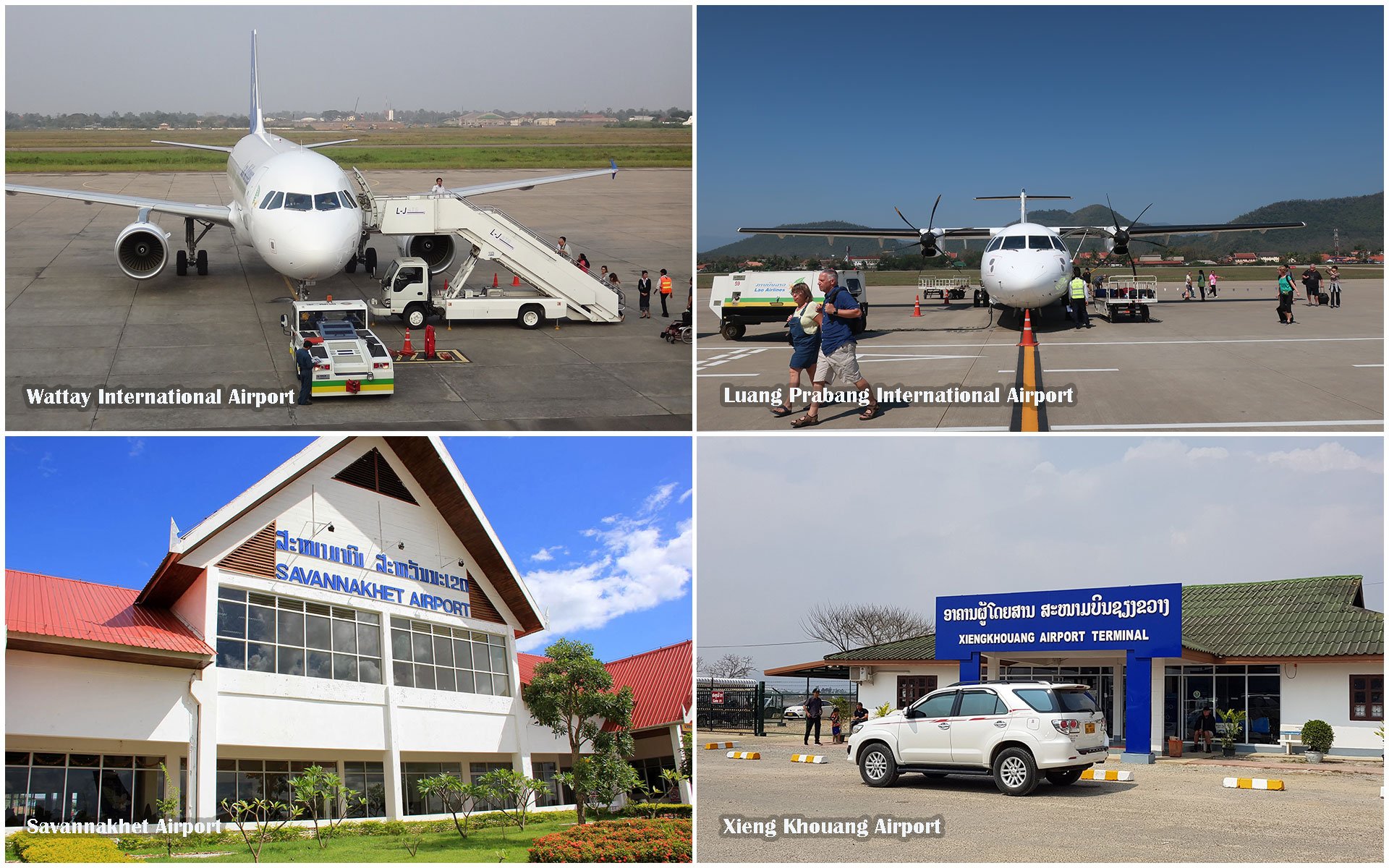 Some airports in Laos where Lao Airlines operate, of which, Wattay International Airport in Vientiane is the main operating base.

Another two more international airports in Laos that Lao Airlines operates, they are Paske Airport and Savannakhet Airport in Southern Laos. Situated about 3km to the north of the city, Pakse Airport is currently serving domestic flights and destinations in Southeast Asia. While Lao Airlines is the only provider at Savannakhet Airport. Due to not as main links as airports in Vientiane and Luang Prabang, the flights from these airports will not be operated frequently during week, especially for regional routes. So, checking the flight schedules before trip plan is recommended.

Besides above international airports, Laos also has some other small airports for domestic flights where Lao Airlines presents, such as Luang Namtha Airport, Xieng Khouang Airport, Oudomxay Airport. The main destinations that these airports serve are Vientiane or/and Luang Prabang.

For more about airports in Laos, you can read here.

Laos Travel team invite you to come to Laos and enjoy great time at this country as little gem of South East Asia. Many interesting things to do and see as well as the best Laos with its top attractions are waiting for your exploration. Lao Airlines will play an important role to connect all travers with many parts of Laos easier. Meanwhile, you can find all other necessary information about Laos here  before planning your trip for the most memorable journey in this “country of millions of elephants”. Contact us any time for the best travel advisory and suitable Laos itineraries to fit your needs.