Each country has its own flag affirming the freedom and independence of the nation. Laos is no exception. The Lao flag has also undergone many changes and has its special meanings. Adopted in 1945 as the national flag of Laos and re-used on 2nd December 1975 when the King was toppled and the government was taken over by the communist Lao People’s Democratic Republic (Lao PDR), the current Laos national flag is one of the few communist-style flags not featuring a star.
Go with Laos Travel briefly through the contemporary history of this only landlocked nation in South East Asia and get to know more about meaning of the Laotian flag. 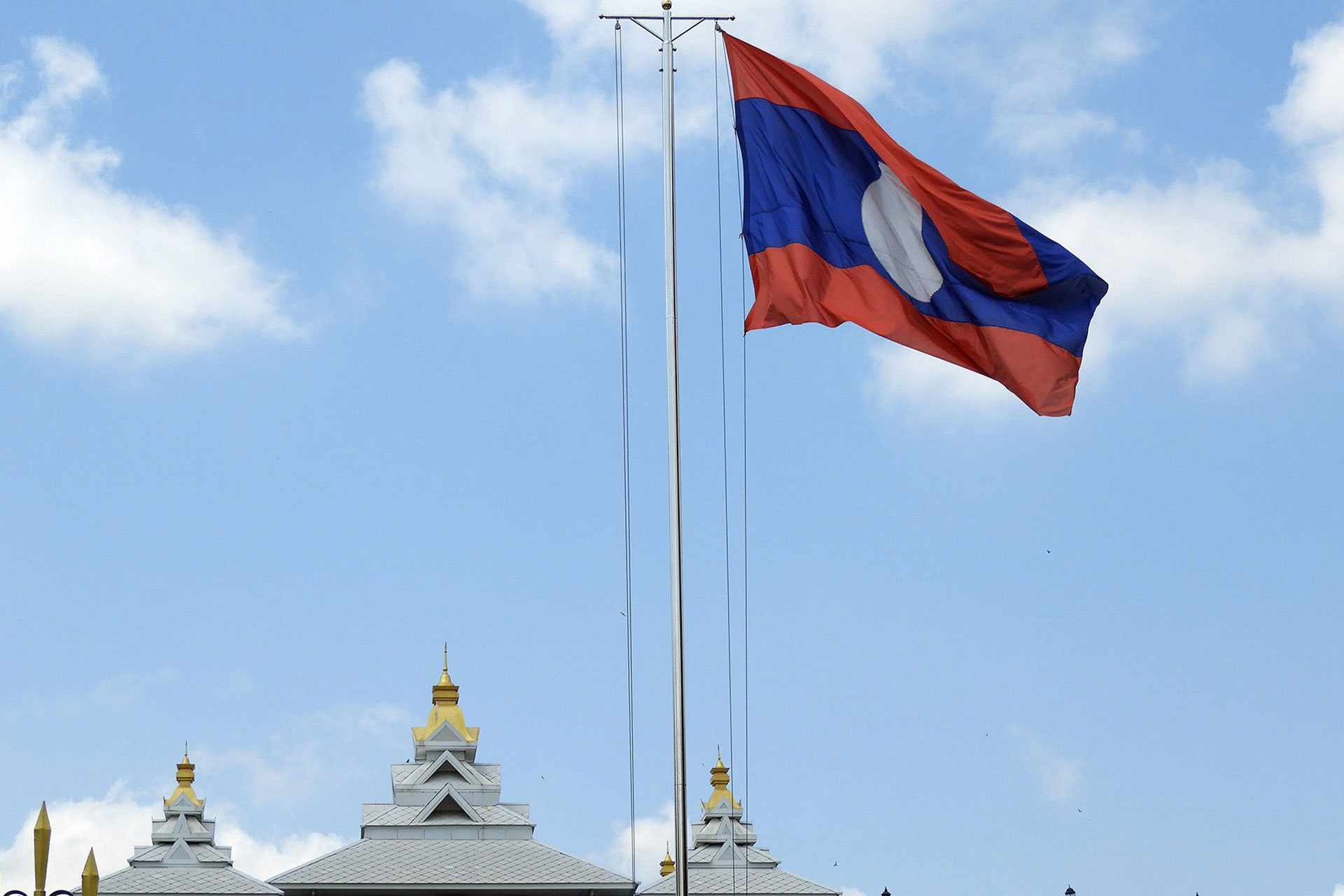 The current National Flag of Laos on the top of Presidential Palace in Vientiane.

National Flags of Laos in its history periods

From 1353 to 1707: This was period when the Lao Kingdom of Lan Xang Homekhao existed as a unified Kingdom. King Fa Ngum, who was founder and first king of the Lao Kingdom of Lan Xang, proclaimed the “Kingdom of the Million Elephants and White Parasol,” basing the name on those traditional symbols of the Lao people. It was said that, when arriving, the mythical first ruler of Laos had ridden a white elephant – an animal held in great reverence by people of South East Asia, while the parasol (royal umbrella) played an important part of the king’s ceremonial regalia.

These images were then chosen by the Kingdom of Luang Prabang (1707 – 1893). Meanwhile, flag of Laos was got the inspiration from flag of Kingdom of Cambodia pre-1863. 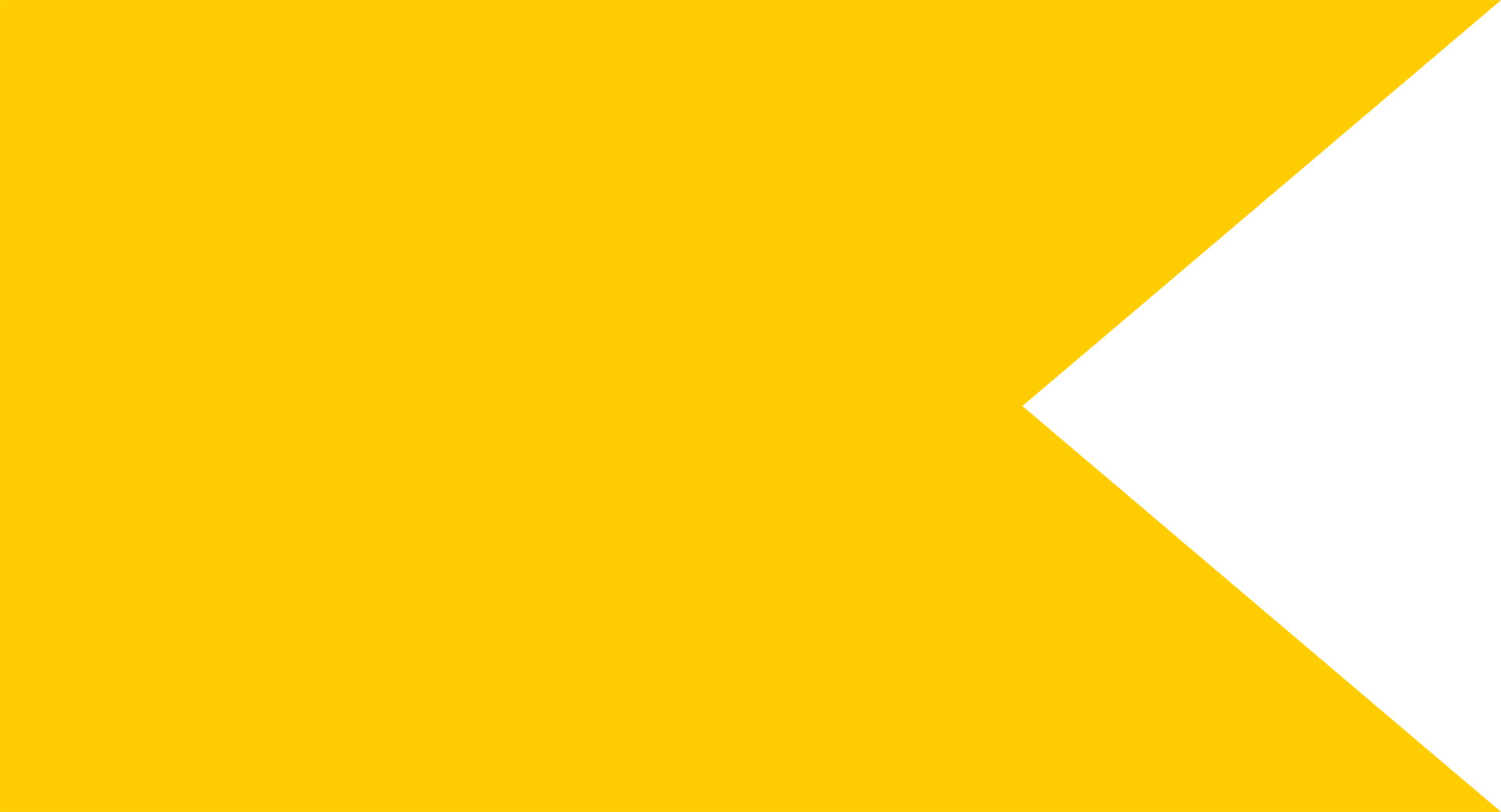 From 1893 to 1945 & From 1946 to 1953: Laos was under the French protectorate and became part of the Federation of Indochina. During this period, Laos used a red background flag with three white elephant heads in the middle as the original flag of Kingdom of Luang Prabang and add-on the French flag in the upper left corner as French protectorate of Laos. 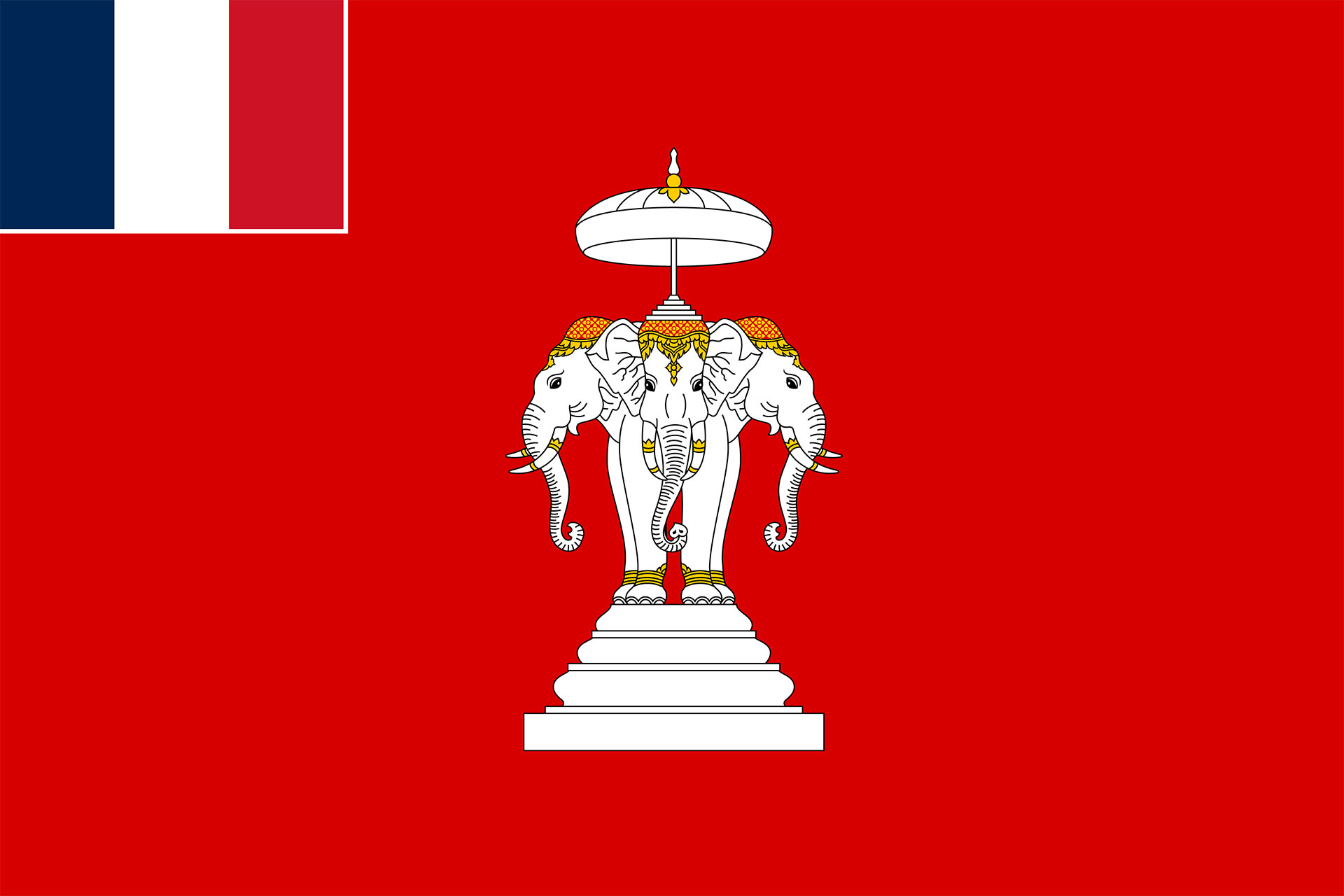 Laos flag under the French protectorate

From 1945 to 1946: The current Lao flag was designed in 1945 by Maha Sila Viravong, one of the members of the Lao Issara government. His task was to create a new Lao national flag that need to be distinct from the royalist flag that represented the monarchy of Luang Prabang. Take the inspiration from Thailand with the national tricolor flag, Viravong’s flag was adopted as Lao national flag on 12 October 1945 by the new government in accordance with the establishment of the Lao Issara government and its first Lao constitution.

However, when French took over in 1946 again, it was no longer used under French protectorate.

From 1953 to 1975: The Royal Government of Laos used a red flag with a white three-headed elephant, representing the Hindu God Erawan, in the middle. The white elephant is a common royal symbol in South East Asia, especially in Laos, Thailand and Myanmar and the three heads as three kingdoms that formed the kingdom of Laos, including Vientiane, Luang Prabang and Champasak.

On top of the elephant is a 9-storey conical cone which is also a symbol of the royal family, while the elephant itself stood on a five-level pedestal, representing the law. 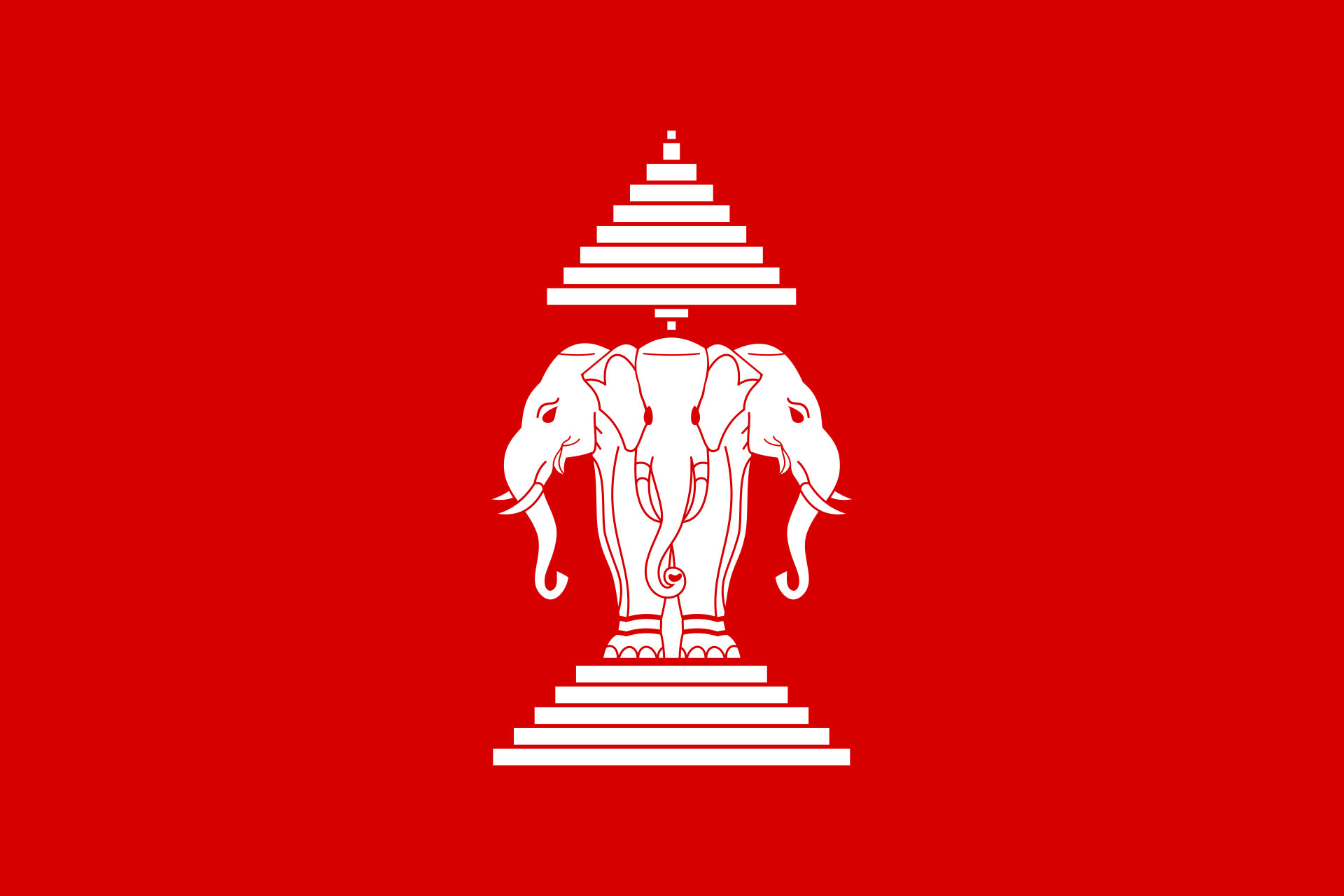 From 1975 to now: The Pathet Lao formed part of the government coalition from 1973, before directly assuming power and prompting the abdication of the King after 2 years.  On 2 December 1975, Viravong’s flag was re-adopted as the national flag of Laos when Laos become a socialist state.

Design of the current flag of Laos is in rectangular shape, consisting of three horizontal stripes. The middle blue stripe is in twice of the height to the top and bottom red stripes while a white disc with its diameter at ​4⁄5 the height of the blue stripe stands in the middle. The flag’s two-sided ratio is 2:3.

According to the original creator, the meaning of Laos flag can be seen as following:

– Together with Cuba, Laos is one of two communist countries that doesn’t use communist symbols in their flag design.
– Laos is the only current communist country that does not use a five-pointed star in its flag as an emblem. 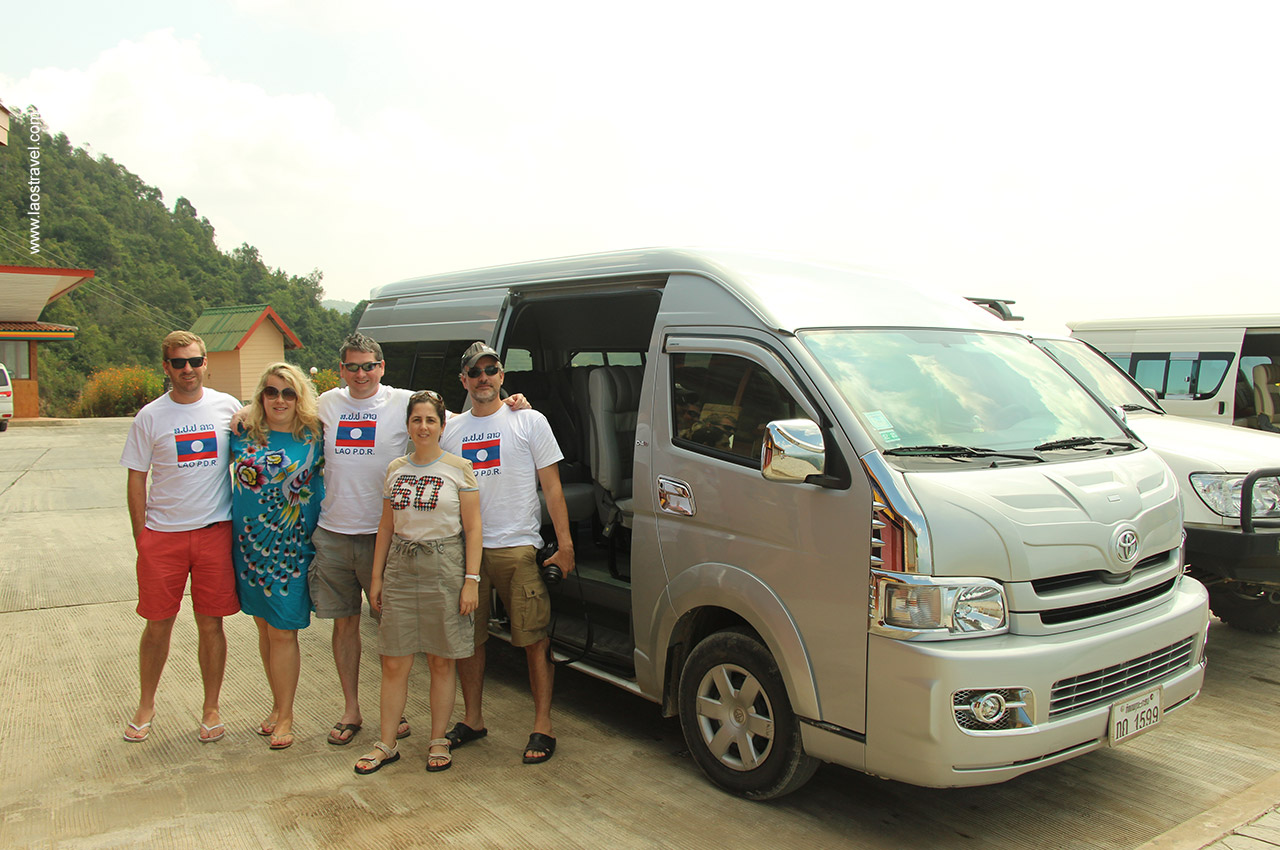 With official name as Lao People’s Democratic Republic, Laos is a peaceful South East Asian country. From the information of Laos national flag, you can understand more about the country’s history and cultural beliefs. If you have any plan on Laos trips, please contact us and our travel consultant will promptly get back and provide you the necessary response to meet your own desire. Meanwhile, a Laos Travel Guide can work for the comprehensive knowledge of Laos before you travel. 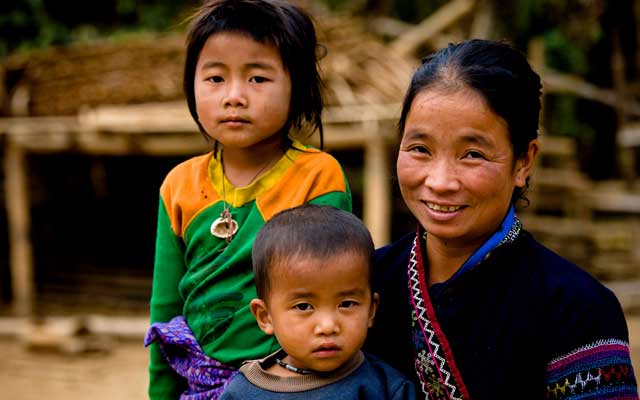 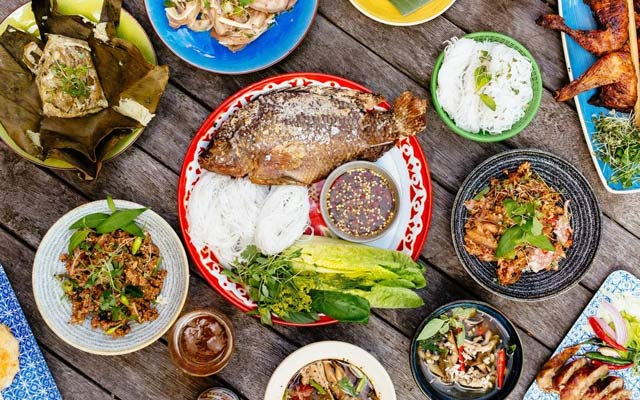 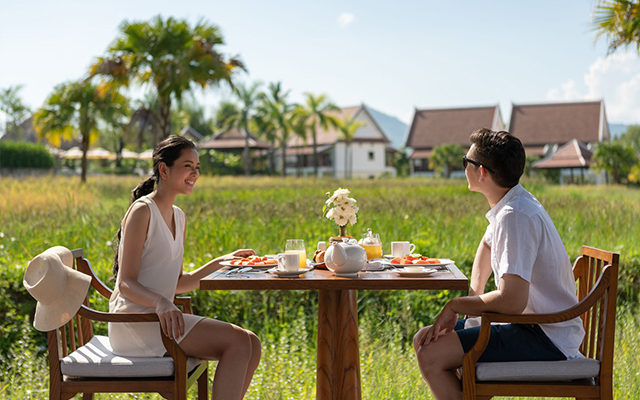 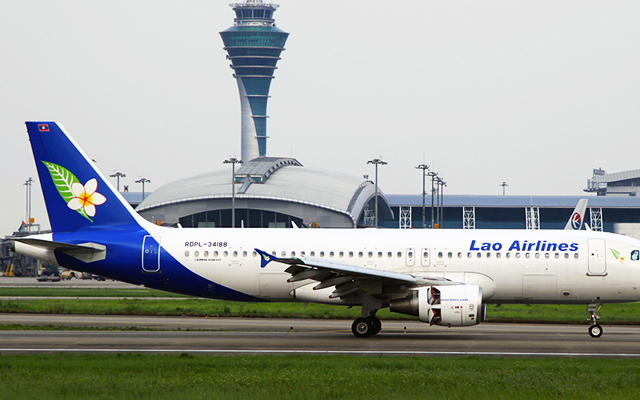 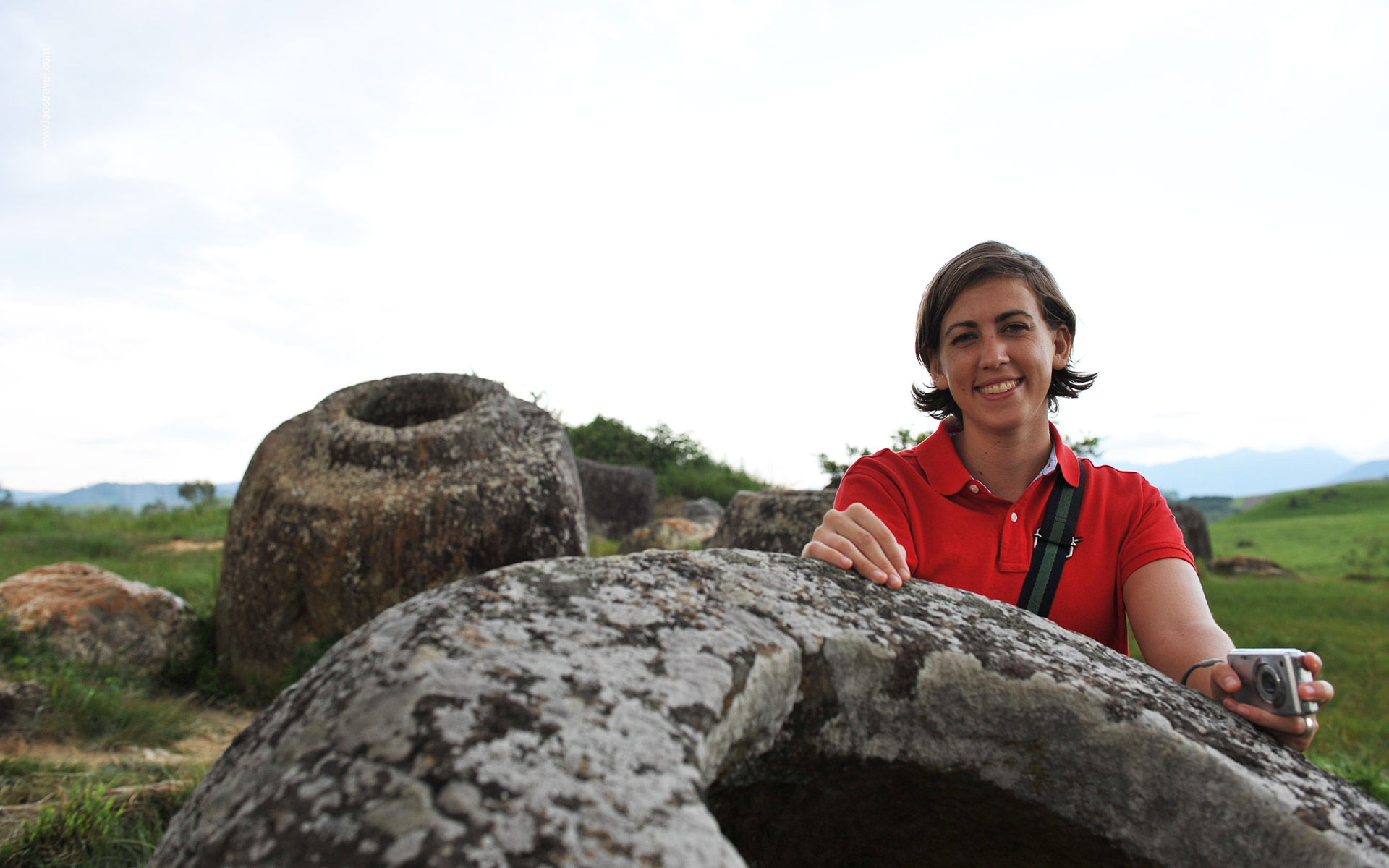