The Most Highlights Of Vientiane

Laos’ capital city of Vientiane is an old French colonial trading post. This city is both abundant in French architecture as well as beautiful, ornate Buddhist temples. Even though it is the country’s largest city, it has not lost its friendly and laid back character. Don’t miss out on visiting one of Laos’ most interesting sights 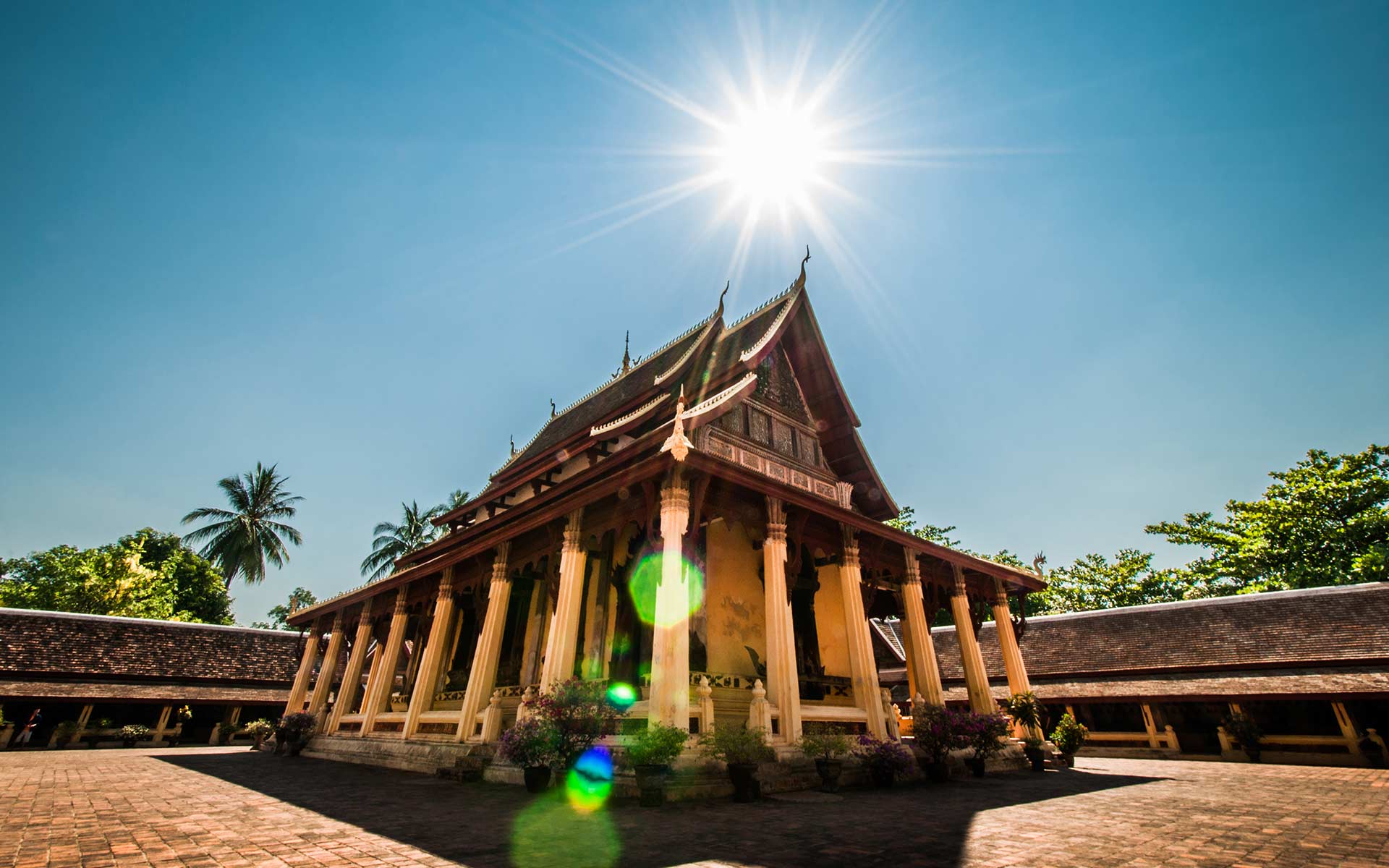 This temple was built in 1818 and the oldest surviving temple in Vientiane built by King Anouvong, last king of the Lane Xang kingdom. It fills with thousands of Buddha statues that shows you a glimpse into the past of Vientiane. 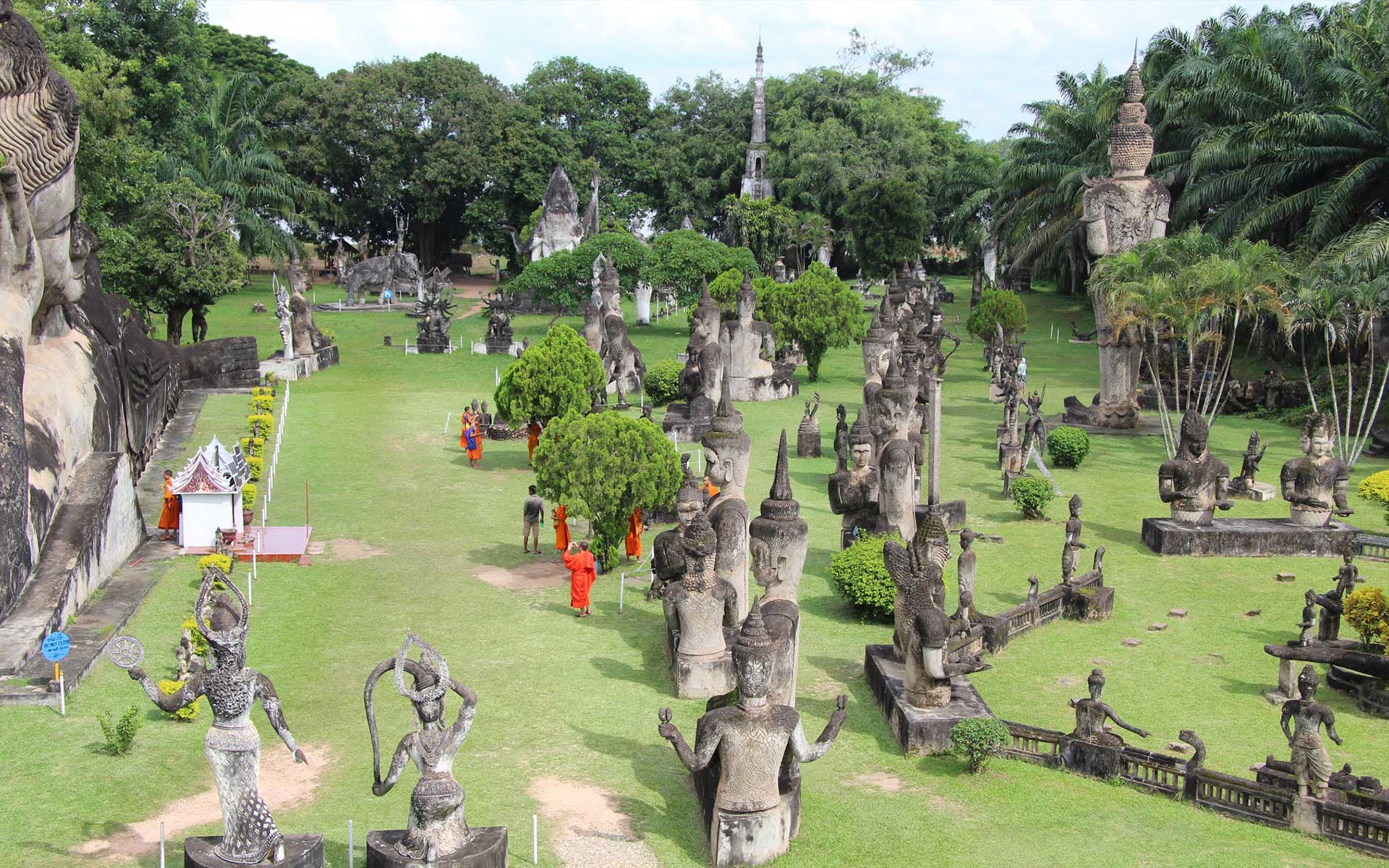 It’s also known as Xieng Khuan, is a sculpture park located 25 km southeast from Vientiane, Laos in a meadow by the Mekong River. It was built in 1958 by Luang Pu Bunleua Sulilat, a monk who studied both Buddhism and Hinduism. This explains why his park is full not only of Buddha images but also of Hindu gods as well as demons and animals from both beliefs. The name Xieng Khuan means Spirit City. The park contains over 200 Hindu and Buddhist statues.

That Luang which is also known as The Great Stupa. Dating back to the 16th century this massive golden temple is jaw dropping as its central stupa stands 148 feet tall! Visitors can wander the grounds, check out the massive reclining golden Buddha, relax in the peaceful gardens, or chat with a monk about Buddhism and Buddhist life in Laos. 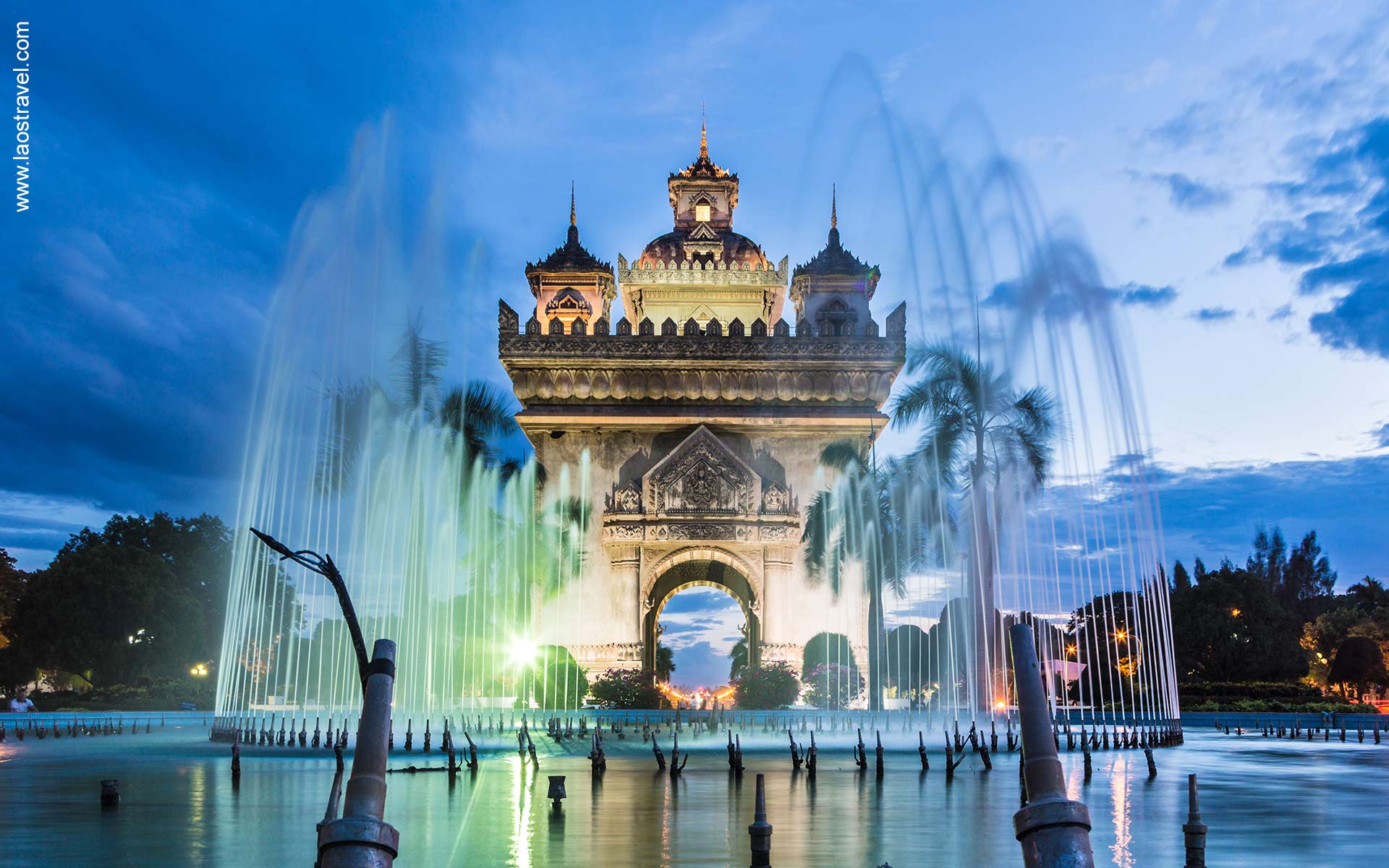 This giant arch closely resembles France’s Arc de Triomphe but is intricately carved with images of Hindu Gods and topped with Laotian style towers. The Patuxai Monument was built to commemorate the Lao people who fought and died in the battle for independence both against the French and in subsequent wars, and is modelled on France’s Arc de Triomphe with a Lao twist. 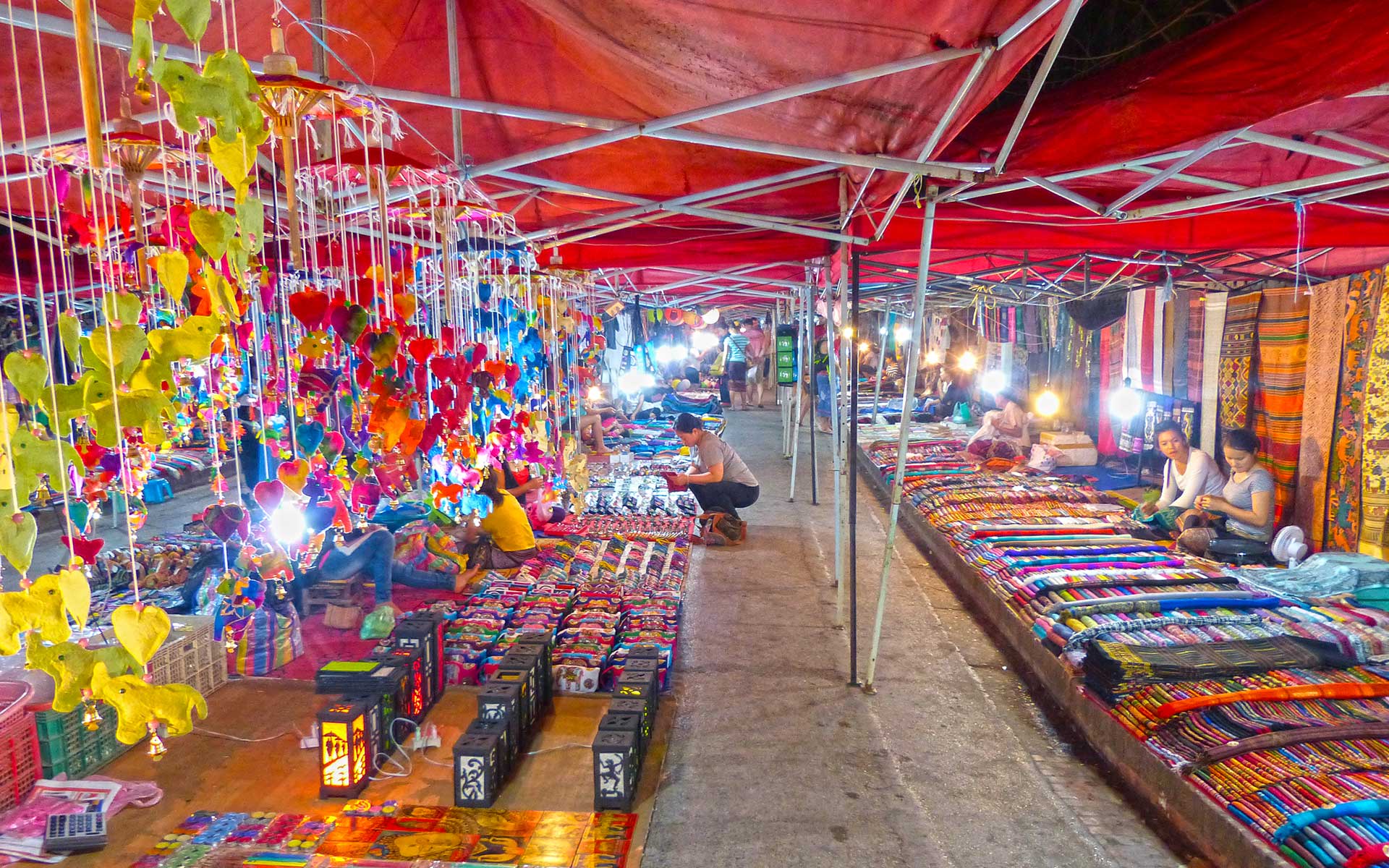 It is targeted toward tourists with rows upon rows of interesting souvenirs to buy. Make your last day here to pick some pieces of Laos and try the bargain skill with a smile.

COPE stands for the Cooperative Orthodic Prosthetic Enterprise, a non-profit organization dedicated to helping survivors and those injured by these bombs. The exhibits cover the history of unexploded ordnance (UXO) in Laos, the way it affects life in the country, how the work of COPE, CMR and others is improving the quality of life for people in Laos with mobility-related disabilities and the stories of how our work has helped people move on. 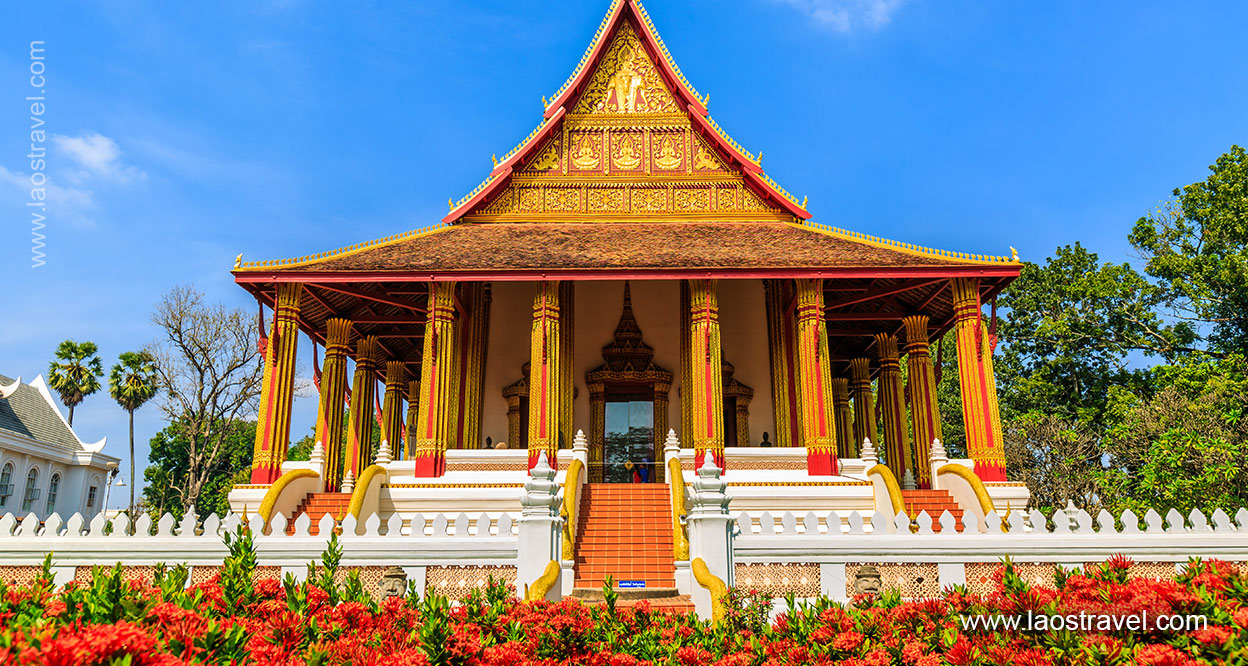 The Haw Phra Kaew was built in 1565 by King Setthathirath, when he moved the capital of the Lan Xang Kingdom to Vientiane. It was constructed to be the temple for the Laos Royals and to enshrine the Emerald Buddha which stayed here until 1779, when it was taken to Thailand. This large temple is attractive in both interior and exterior in courtyards filled with frangipani trees. 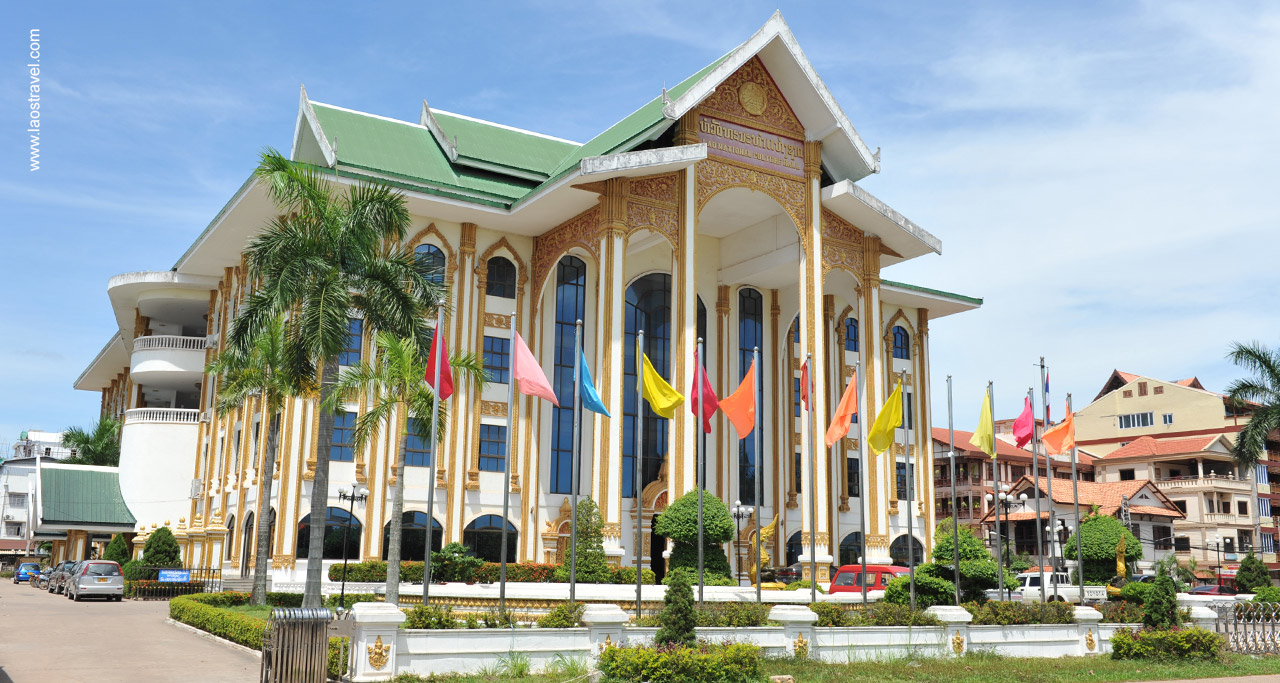 Travel back in time with Laotian history at National Museum. There are many items, ranging from an early history all the way through to the modern era. While some of the objects are a bit faded, most offer great insight and cover a lot of ground.