The Royal Palace in Luang Prabang

The Royal Palace is one of top attractions in Luang Prabang. Located in the center of  city, right next to the bank of Mekong River, It is convenient for visitor and it is the must see of Luang Prabang.

The Royal Palace now is the National Museum in Luang Prabang. It was once the residence of King Sisavang Vong who was a King of Laos for 55 years. Locally, the Palace is known as the Haw Kham or Ho Kham, which translates to “Golden Palace”.

The Palace was built between 1904 and 1909 during the time of French colonial occupation. It was built to replace the old Palace after the city had been largely destroyed and looted in 1887 by the Black Flag Army, a militia group from China. Although the old Palace was made of traditional building materials like teak wood, the new Palace was made of brick. Its style is a mix of French Beaux Arts and traditional Laos style.

The location of the Palace was carefully chosen so that official visitors to Royals could access at the river below from their voyages to Luang Prabang by boat.

When King Sisivang Vong passed away in 1959, his son inherited the throne and became King Sisavang Wathana. He modernized the place to fit the shifting artistic expression of his period. He added new rooms and expanded the throne room.

In 1975 the communist Pathet Laos party came to power ending the Laos monarchy. The Royal family was forced to leave the Palace and moved to a private residence near a local temple. The palace was then converted into a National Museum and opened to the public in 1995.

Things to do in Luang Prabang

The best hotels in Luang Prabang

2. What to see in the Royal Palace

2.1. National Museum
From the entrance, you will approach the National Museum through a walkway lined with palm trees and up a staircase to the main level. Inside the Museum, all royal artifacts and architecture have remained intact since 1975. 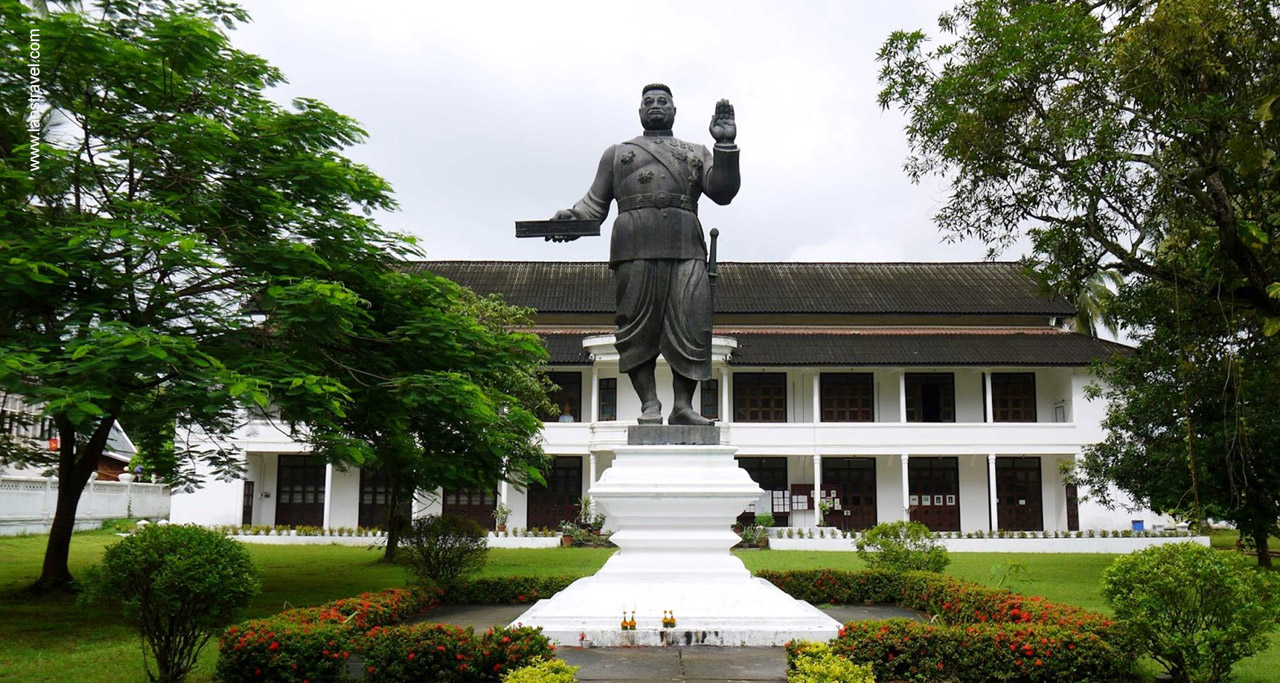 The front rooms which was functioned as royal reception areas now are the main galleries. They are filled with busts and paintings of the Lao monarchy, gilded and lacquered Ramayana screens, a collection of gifts from foreign states and friendship flags from China and Vietnam as well as replicas of sculpture from the National Museum in New Delhi.

The main throne room has walls in bright red and decorated with glass mosaics which form huge murals. It is similar to those seen in the town’s oldest temple Wat Xieng Thong. Around the throne room, there are displays of ceremonial swords, Buddha statues and other artifacts of the Royal family including throne of the King and Queen, the King’s elephant chair.

Behind the throne room, there is the royals’ residential area which includes bedrooms of King and Queen, a dining room, a library and a music room displaying Lao classical instruments and masks. People have kept the residential area more and less as it was in 1975 before the royal family departed.

Besides, there is a building that houses the royal car collection. It’s a small collection, mostly American cars from the 1950s to 1970s. Behind the garages is another building which has a gallery for rotating exhibitions. 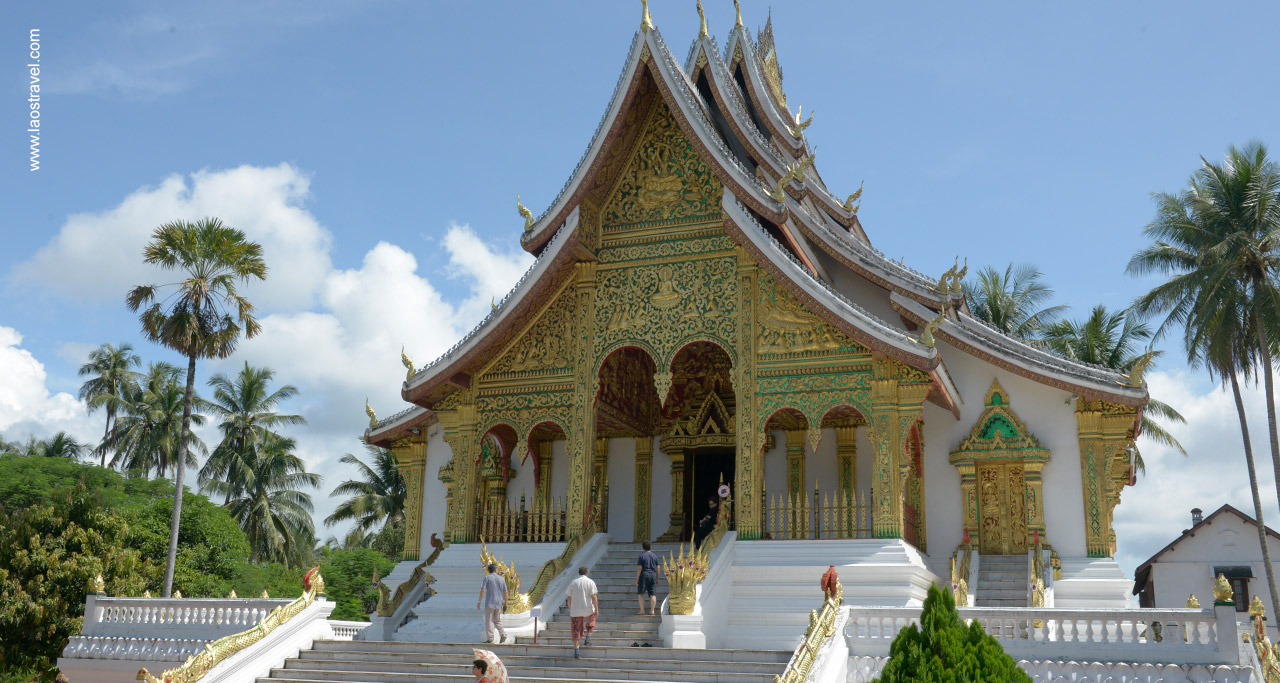 Haw Pha Bang temples is located in the northeastern corner of the Palace grounds. The temple was built to house the Phra Bang Buddha image, a statue of 83 centimeters in height and regarded as the most important Buddha image in Laos. It came from Sri Lanka where it was cast in the 1st century. The image gave its the name to the town Luang Prabang in 1512 and became a symbol of the royal dynasty.

Although the temple looks old, it is a new structure in 2006 with the traditional style. On top of the white structure, the multi-layered and steep roof is decorated with lots of gold. Dragon sculptures are along the staircase. 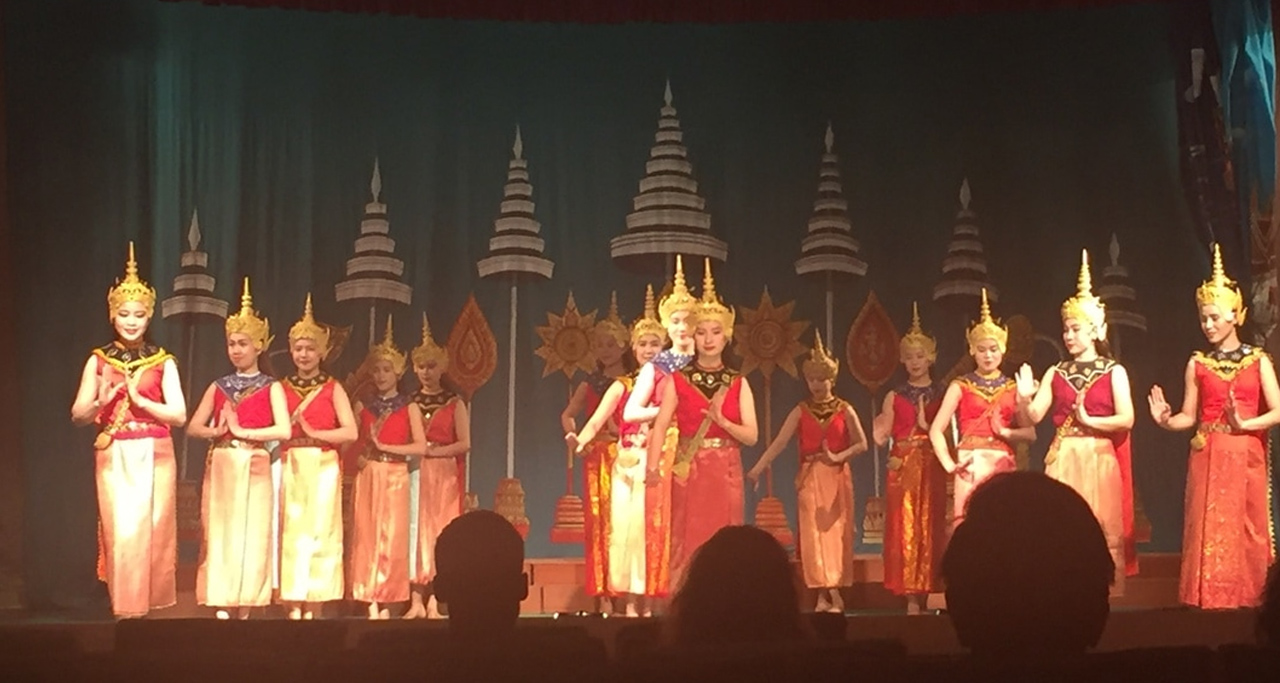 Phralak Phralam Theatre presents occasional performances of the epic Ramayana story and Lao traditional dance. The Ramayana was popular throughout South and Southeast Asia. It was first carried to Luang Prabang centuries ago by Buddhist missions and developed through the 20th century in Laos. In 2003, with the support of the international community, Phralak Phralam Theatre was established to keep this traditional performance for visitors and younger Laotians to experience one significant part of Lao culture.

The shows were operated 4 times per week (on Monday, Wednesday, Friday and Saturday)

3. How to get to the Royal Palace

The Palace located in the city, on the banks of Mekong river, just the other side of the road from Phousi mountain. The main entrance is on Sisavangvong road. The Palace is in walking distance of all main hotels and guest houses. Travelers can go on foot or take a tuk tuk ride which costs between 10,000 Kip (1.3 USD) and 15,000 Kip (2 USD). 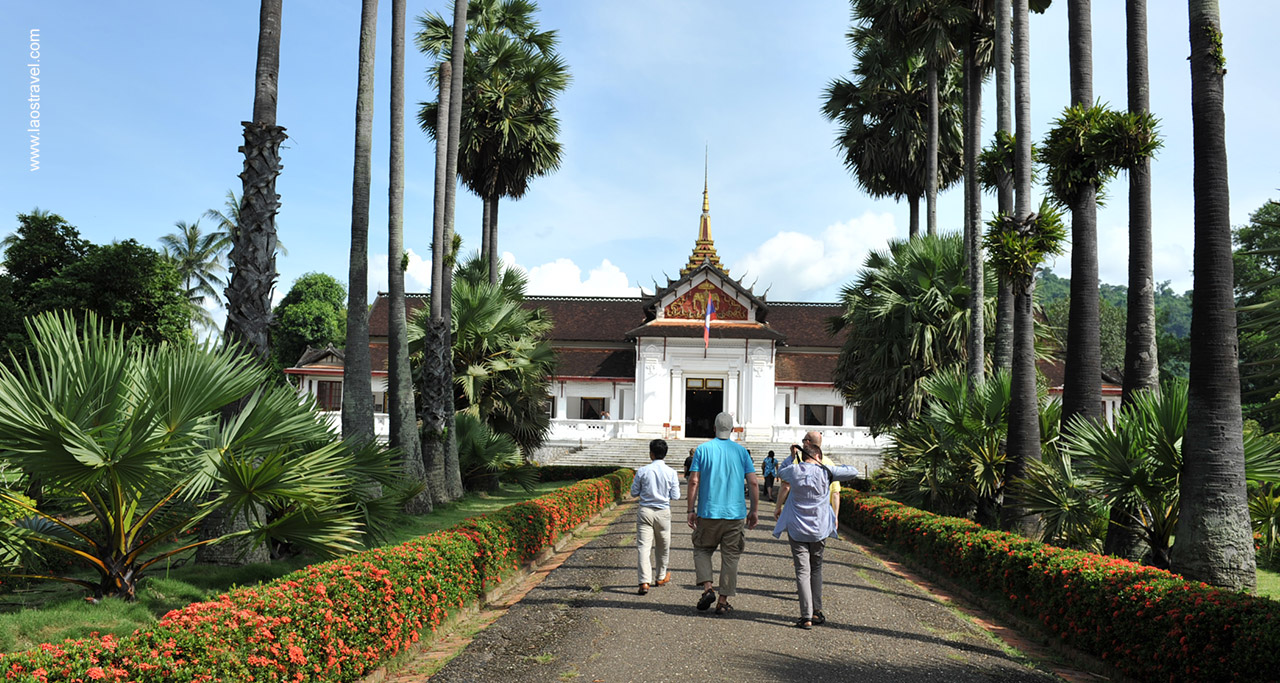 – No photo is allowed to take inside the museum or during the show at Phralak Phralam Theatre.
– No bag is allowed, so you must leave it in lockers provided near the entrance
– Shoes and hats must be removed before entering the museum.
– Dress conservatively. Respectable dress is required, meaning knees and shoulders must be covered. Women with short shorts or skirts are required to put on a Lao skirt before entering (Lao skirts are available for hire on spot).
– Do note that the public toilets may be not up to standard so go before you visit around. 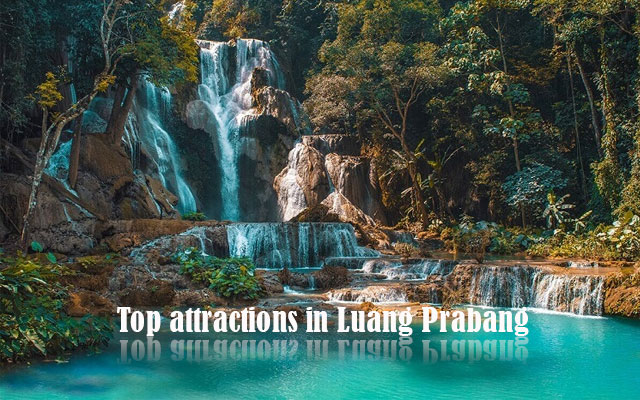 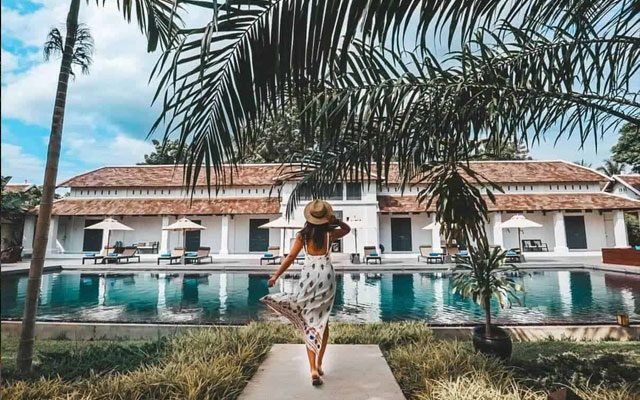 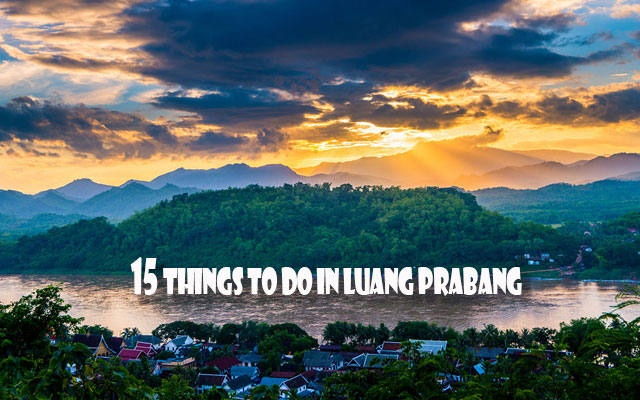