Wat Visoun or Wat Wisunalat is the oldest Buddhist temple in Luang Prabang, also one of the most popular sites in the city. It is usually included in any sightseeing tour in this beautiful town. Let’s discover what makes it special. 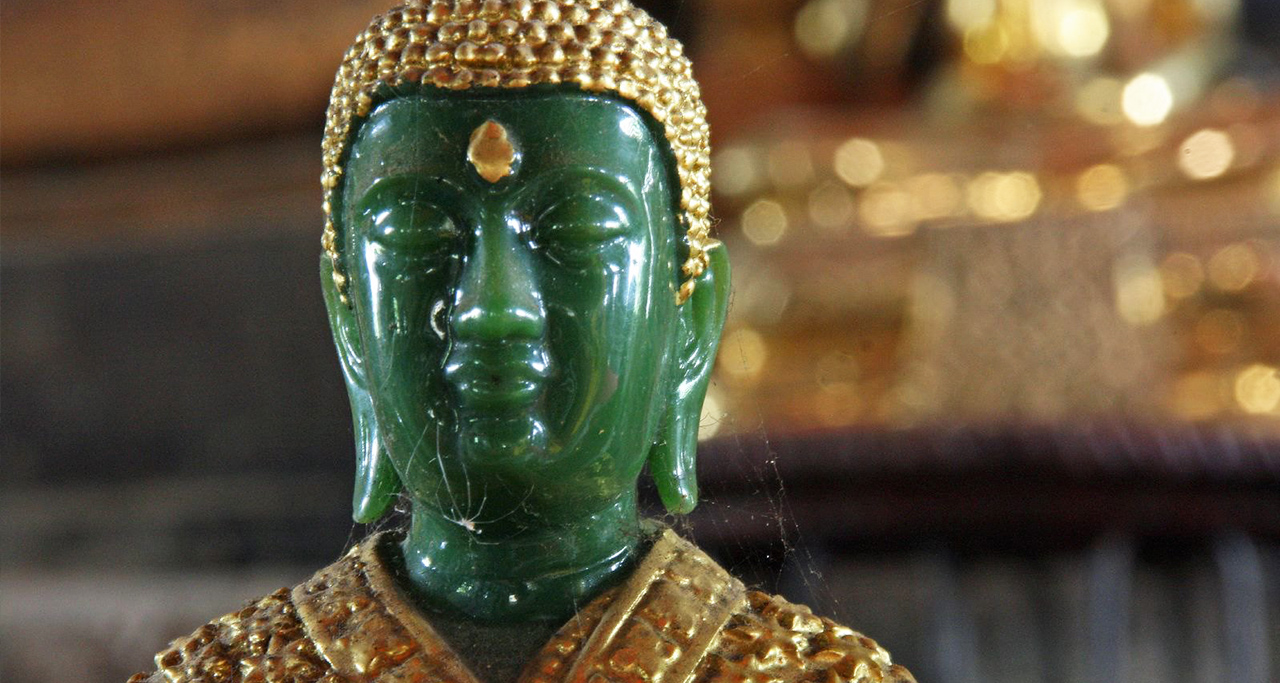 Wat Visoun was originally built in 1513, during the reign of King Visoun who ruled the country from 1501 to 1520.  The beautiful temple was razed in the 1887 by the Black Flag Army, a band of ethnically Chinese marauders who conquered and sacked much of Luang Prabang. They then left with most of the priceless Buddha images by breaking the stupa. These images are made from jade, gold and precious gems. The temple was rebuilt between 1896 and 1898, during the reign of King Sakkarin Kamsuk (r. 1894-1903).

The temple has another historical claim to fame: the famous and powerful Phra Bang Buddha was housed at Wat Visoun from 1513 until 1707 before it was relocated to the Royal Palace Museum.

Highlights of the temple

The temple now is served as the city’s Museum of Religious Arts. The inside of the temple hall is a small collection of richly gilded Buddha statues and ancient stones dating back to the 15th century. Among these are one of the city’s largest Luang Prabang-style standing Buddha images.

In the hall, you can see a few informative placards in both Lao and English which explain the history and iconography of the collection of Buddhist statues. It helps to discover the different poses of the Buddha images and the significance of different artistic influences on the design of the statues. 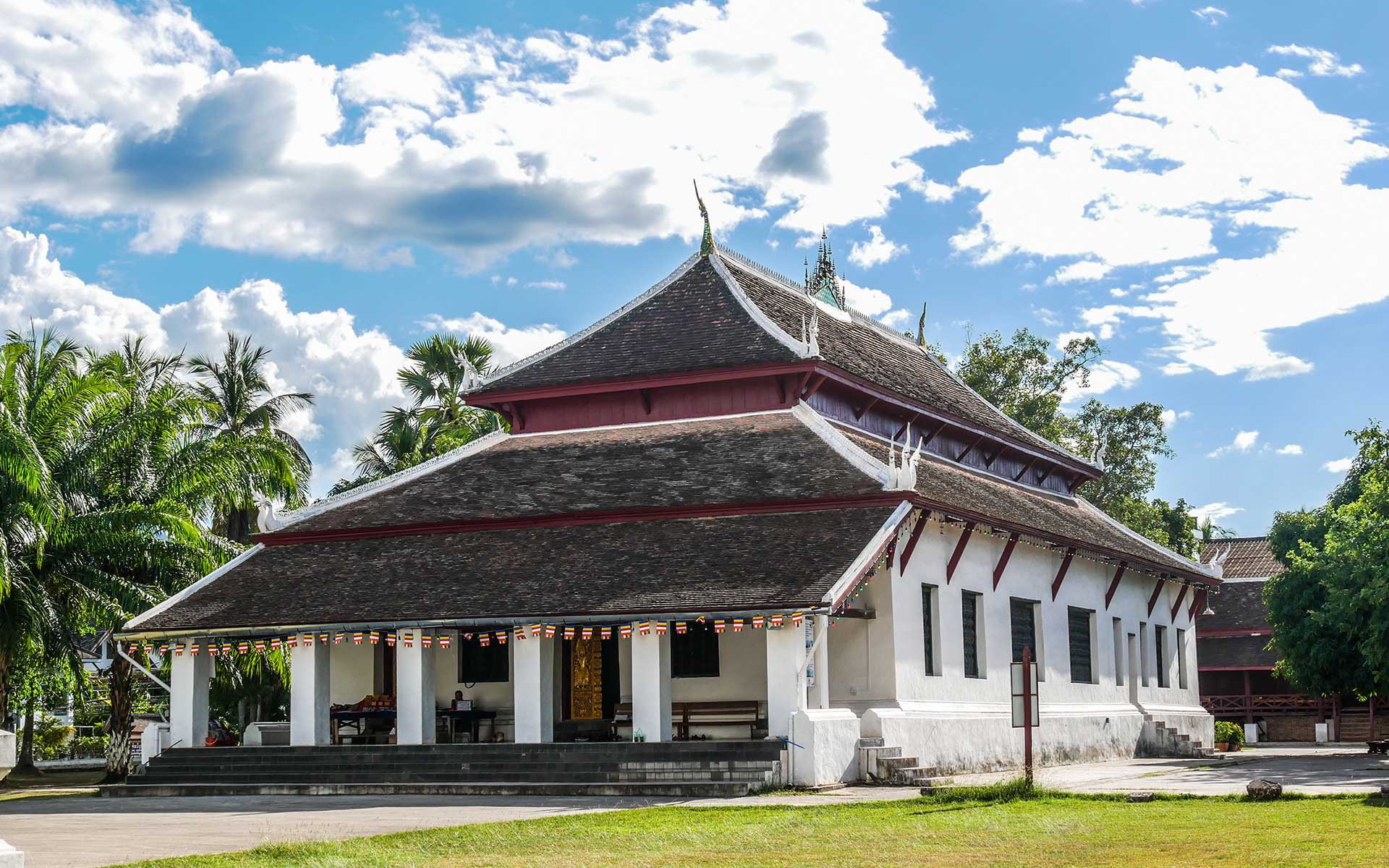 Another distinguishing highlight is the European-style roof, which slopes in a manner not usually seen in Laos. The main temple hall was rebuilt under the reign of King Sakkarin Kamsuk (1894-1903). At that time, the kingdom was made a protectorate of France as a constituent kingdom of French Indochina. So, the modern western style was brought to Laos and influenced the temple’s architecture.

That Mak Mo – The “Watermelon Stupa” 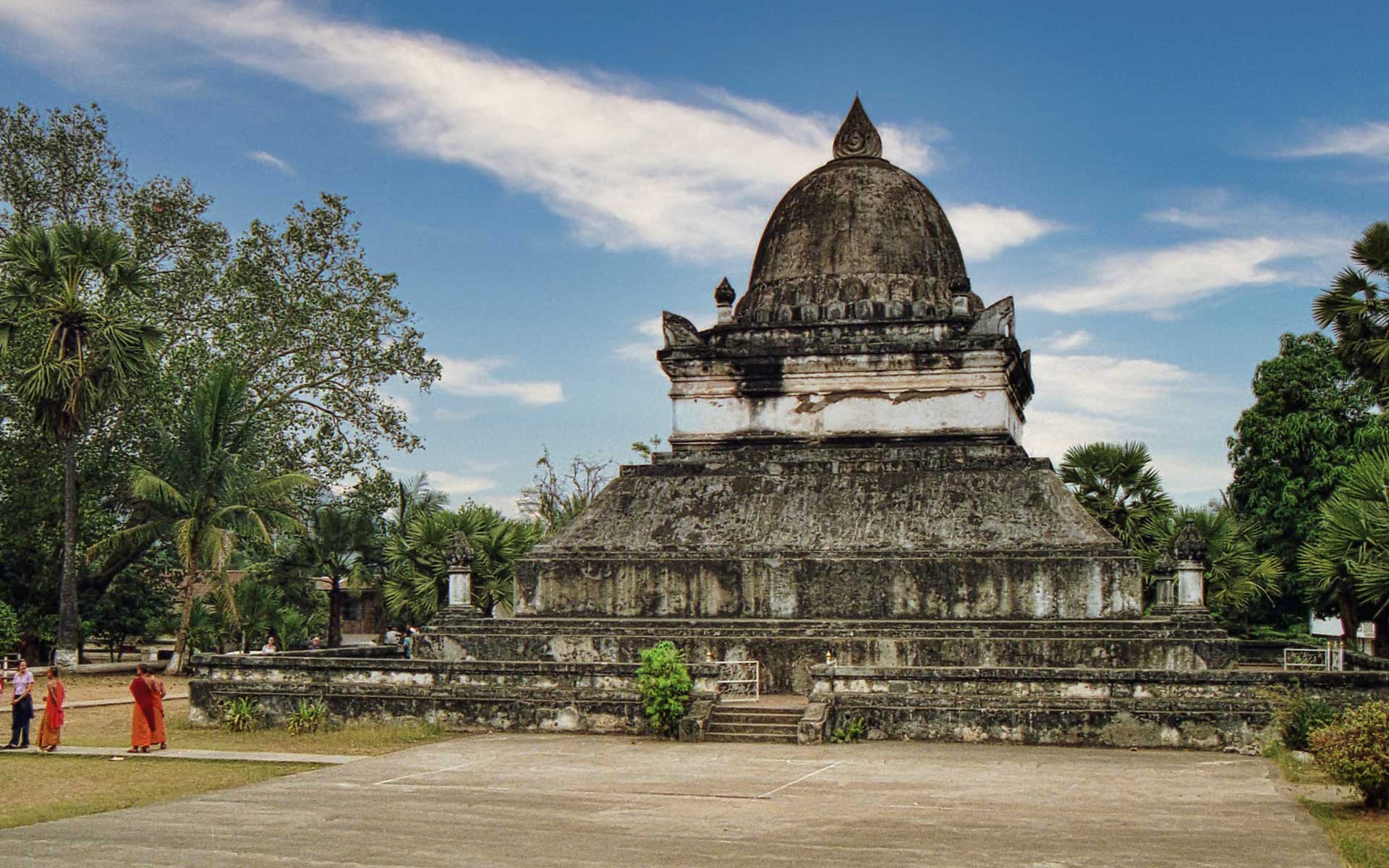 This is another important and prominent feature of the Wat.  It is a unique landmark which unusually shaped stupa designed by the wife of King Wisunarat. While it’s supposed to resemble a lotus flower, locals often call it as the ‘watermelon stupa’ because of its rounded dome.

This ancient stone stupa was built as a part of the original temple complex. It was believed to protect a powerful Buddhist holy artifact. Now, it is the only original structure to survive over the Black Flag Army raids on the temple and becomes one of the oldest structures in Luang Prabang.

How to get there?

When visiting Wat Visoun, cover yourself from shoulders to knees, take off hats and shoes. Avoid touching monks or any of the relics. Try not to make noise throughout your visit.